Put It All On The Line!
Our Production Story

The creation of Boneyard Racers started with a random comment during the shooting of another short film by the creative production team behind Brimstone Pictures (formerly River City Television). At the end of one of the main days of shooting the comedy film, Babageddon, Producer Preston Ewasiuk was chatting with Director David Heacock and Writer Neil Chase. It was a simple comment as people were getting in their cars that essentially presented his idea of; Wouldn’t it be cool to do a movie that was about racing hearses? Preston had some connections to the Western Canada Hearse Club through his work on the award winning Rutherford Manor Universe and Rutherford Manor Haunted House. Both David and Neil thought it was a good idea and everyone went home. Unknown to Preston at the time as everyone went home, David and Neil liked the idea so much that they talked about the concept and some story ideas all the way home that night. Boneyard Racers became a spark!

From Idea to Creation

Inspired by his talk with David, Neil went home and wrote the first draft of what would become Boneyard Racers, creating the characters, setting, and plot central to the story. Shortly after, the idea of this project was discussed in greater detail during a meeting with Brimstone/RCTV founders, Preston Ewasiuk, Lindsay Christopher, Neil Chase, and  David Heacock about its possibilities. During that first meeting Neil presented the team the first draft of the Boneyard Racers Movie script. Boneyard Racers was born!

Everyone liked the idea and story so much that they agreed to move forward with the production. Dedicated film makers, cars, extras, musicians, crew, locations, and more was put together by Producers Preston, and Lindsay, as Neil and David prepared the script with revisions and storyboards.  Additional meetings, auditions, script reads, and camera tests helped to form the style, look, and feel of the Boneyard Racers Film.

It was important to the entire team that this film stand out as something unique not only in concept, but also in the way it looked. Many of the elements in the movie pay homage to other films the team loved but with their own flair to the concepts. Who doesn’t like hot cars, cool music, a great party, interesting costumes, memorable characters, and a personal challenge to create some dramatic tension? All of these elements are fundamental in a film that is enjoyable across a wide rage of ages.  In essence, the team wanted to create a movie to be proud of and that they would want to see themselves.

Test audiences who have seen the trailer and film have time and again said that Boneyard Racers is something like Riverdale meets Fast and Furious with a dash of Supernatural in the recipe. This mix of genres is part of the unique Boneyard Racers charm attracting a diverse and wide age range audience.

The pre-production, filming, and post-production of Boneyard Racers was a true labor of love by everyone involved. This film has easily over a thousand man hours put into it. When you add up the time of everyone involved from the producers, writer, director, cinematographers, actors, car wranglers, extras, musicians, Foley artists, ADR engineers, colorists, crew, support staff, and more it’s truly staggering how much work went into a 15 minute production. It has been said it takes a small army to create a film, Boneyard Racers was no exception. The entire team involved in the creation of this film worked extremely well together and we believe this shows in the end product on the screen.

What may be a surprise to those who see the film is the actual budget that was spent in the creation. When you count the number of hours people put into this film you would think that perhaps 40 to 50 thousand dollars was spent making this film.  This is certainly not the case! Boneyard Racers was made for a bit less than $500!!!   Surprised?

This film is a testament to what like minded people with a goal in mind can achieve together. EVERYONE involved in this film donated their time, talent, equipment, and more. Many thanks to all of these people who came together to make an original film that is very enjoyable to watch. 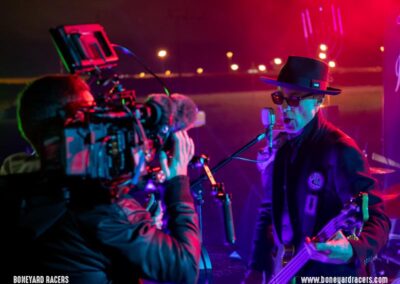 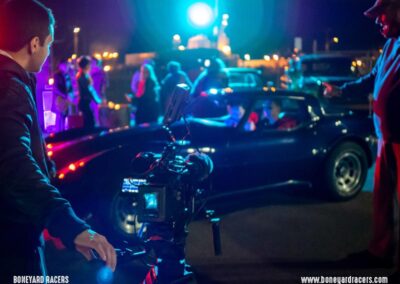 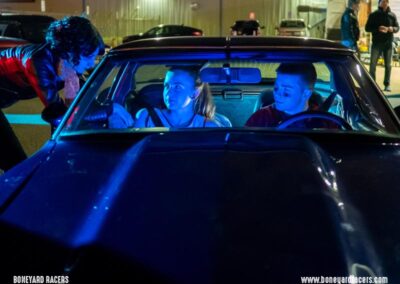 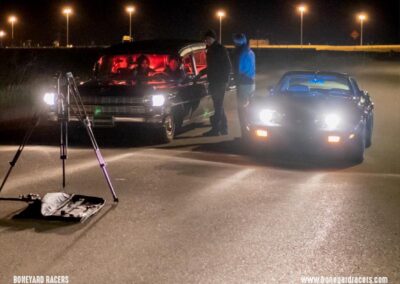 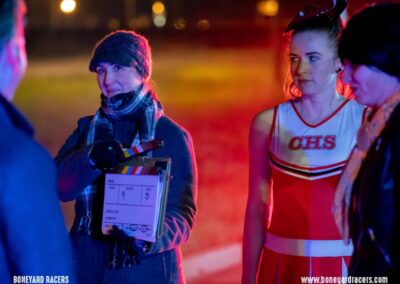 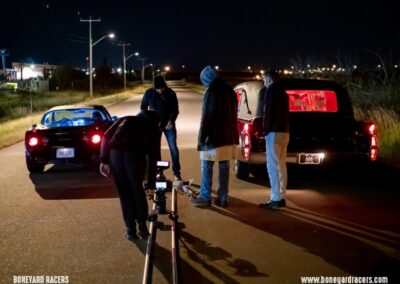 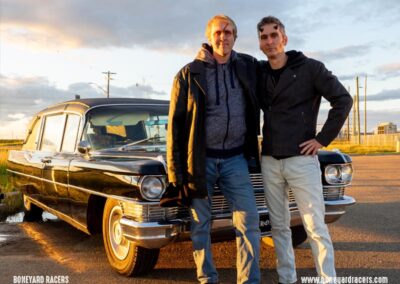 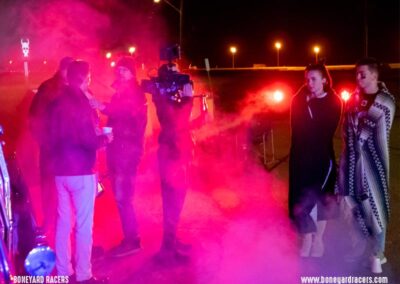 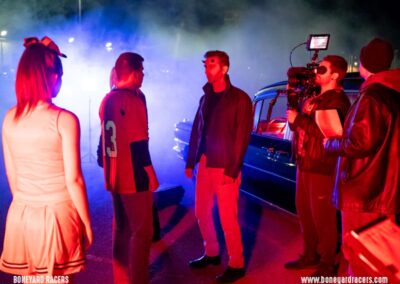 Filming and Post-Production During The Covid-19 Pandemic

Boneyard Racers was shot in the late Summer of 2020 during the middle of the Covid-19 pandemic.  Thankfully this unprecedented time in history didn’t affect the production too much. The local film industry and legislative bodies had clear guidelines on how productions of this nature could proceed. All Covid protocols at the time of filming were followed to the letter including PPE provision for those that required it, contact tracing, and a ton of paperwork. Even food and refreshments on the set had to be provided in a safe way during the production. Thankfully, no one involved in the production of this film contracted Covid-19 due to following the Local Health Guidelines to the letter.

Due to the extremely positive response towards the Boneyard Racers film and expanded story elements already developed, the writing and production team have already completed the creation of a FULL LENGTH FEATURE that will continue where Boneyard Racers leaves off with plans to turn the franchise into a trilogy of films.

The production team at BRIMSTONE PICTURES is hard at work making several features and is planning to expanding the Boneyard Racers Universe into a feature film in the near future.